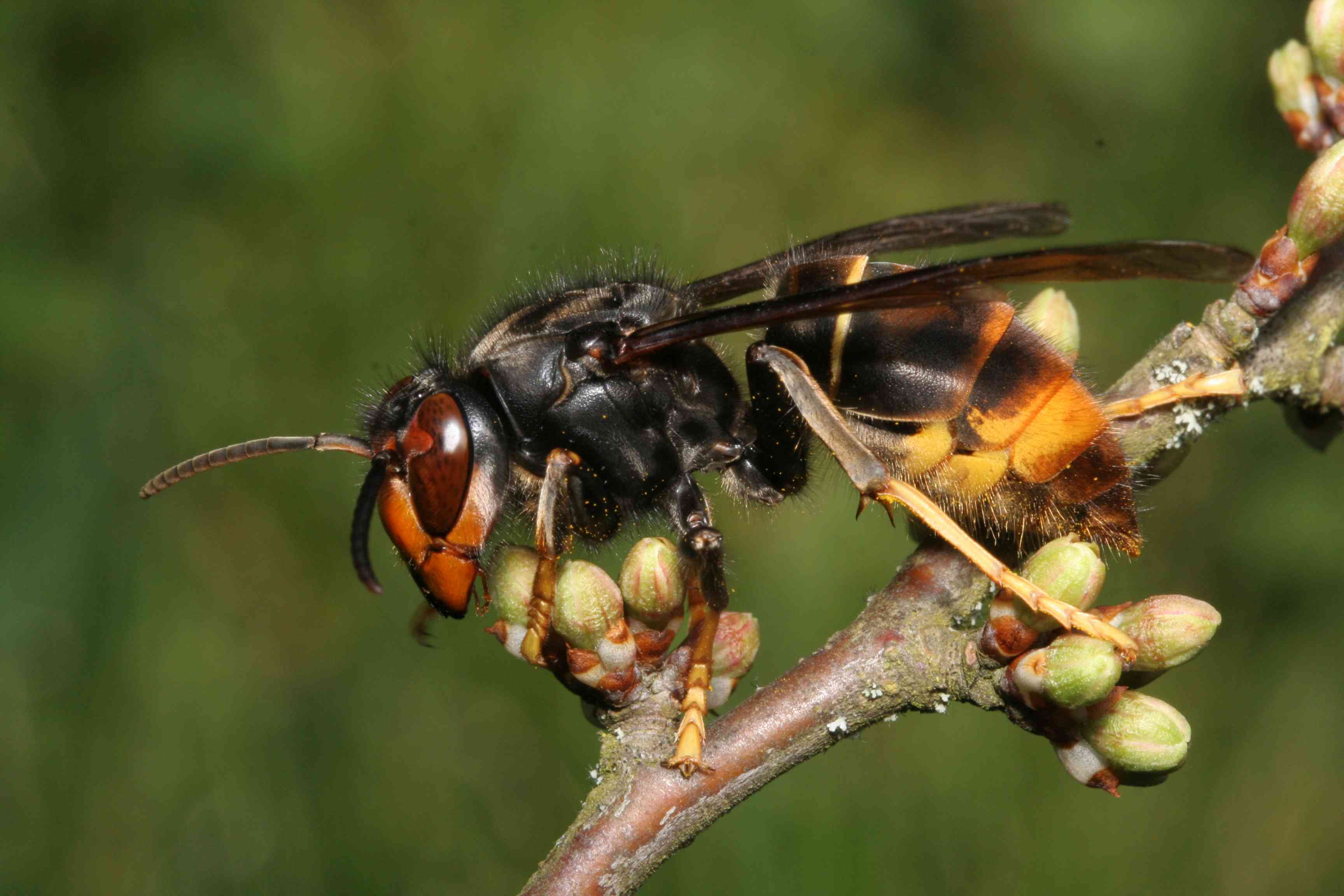 Dr Davies reports, “Thanks to the extensive awareness campaign from the non-native species secretariat and the National Bee Unit, I was able to recognise Vespa velutina immediately and I proceeded to advise in-line with the established alerting procedure. My initial identification has now been confirmed and I understand that the relevant non-native species members of staff in Guernsey government have been alerted.”

Jamie Laband reported the following, “The nest was round, with about a dozen ‘wasps’ in it and one large queen. The nest was in Braye Hill in a storage shed and was fragile, brown in colour, about the size of a grapefruit. The nearest honey bee colony was approximately half a kilometre away, so I have since alerted beekeepers.”

Sightings should be reported by emailing a photograph and location details to alertnonnative@ceh.ac.uk:

Vespa velutina, sometimes known as the ‘Asian hornet’ is an invasive, non-native species from Asia. It has recently arrived in France (and now the Channel Islands) where it is spreading rapidly. It is a highly effective predator of insects, including honey bees and other beneficial species; it can cause significant losses to bee colonies, other native species and potentially ecosystems.

Not yet present in GB, but it is considered likely to arrive soon. The places it is most likely to be found are in southern parts of England (it may be able to cross the channel from France or now the Channel Islands) or goods among which it could be accidentally imported (such as soil with imported pot plants, cut flowers, fruit and timber).

The thorax of Vespa velutina is a velvety black / dark brown with brown abdominal segments bordered with a fine yellow band. Only the fourth abdominal segment is almost entirely a yellowy-orange. The legs are brown with yellow ends and the head is black with an orange-yellow face. It is capable of stinging humans and nests should be avoided.