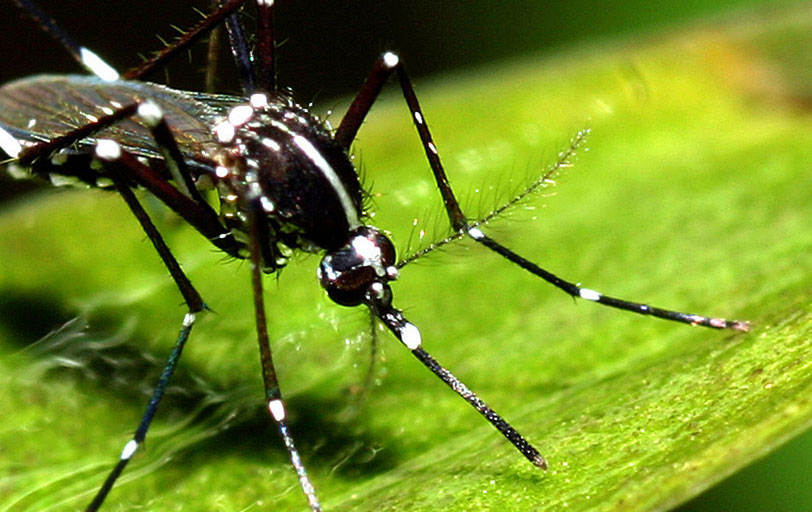 Action was taken to eradicate eggs and larvae of an invasive species of mosquito, Aedes albopictus (Asian tiger), which has become more common in Europe during recent years. Though the mosquito poses no immediate risk to public health, the decision was to treat the area and prevent it becoming established in the UK.

PHE and Ashford Borough Council have ensured residents and businesses in the area have been fully informed of all treatment taking place and both agencies are working closely with Kent County Council.

The eggs and larvae were discovered through PHE’s ongoing mosquito surveillance programme, which monitors 30 UK ports and airports. Since invasive mosquitoes became more widespread in France, surveillance has been conducted by PHE at motorway service stations in south east England on the main routes from the south coast ferry ports and Eurotunnel.

“PHE operates a surveillance system to monitor mosquito species and check for any that are new to the UK.

“Through these activities we identified a small number of eggs and larvae from the Aedes albopictus (Asian tiger) mosquito in traps at Ashford International truck stop. Enhanced monitoring of the area was carried out and no further evidence of this mosquito has been found.

“As a precaution, we advised the local authority on measures to eradicate the mosquito and remove any suitable habitats in the area. We will continue to monitor the situation closely through our surveillance system. There is no immediate risk to public health in the UK.

“We are also grateful to the truck stop for their cooperation and support as a responsible business.

“This is the second time this species has been found in the UK, and is likely to have resulted from the importation of one adult female across the Channel via vehicular traffic. A similar discovery was made by PHE in Folkestone last September. Adult mosquitoes can only fly a very short distance and so control measures are implemented up to a 300 metre radius.

“The presence of a mosquito does not mean that it is carrying any diseases as they first need to bite an infected person and then move on to infect a second individual. There are currently no cases of diseases known to be carried by this mosquito circulating in neighbouring countries and therefore no risk to health locally.”

“This has been a great example of close working between local government and Public Health England to safeguard people in Kent.

“The surveillance system has been highly effective in detecting this invasive species and enabled a swift response from Ashford Borough Council to treat the site and ensure this species does not become established.

“Having been consulted throughout, I can assure people in Kent that this poses no current risk to the public’s health.

“PHE and Ashford Borough Council will continue to monitor the site for any further signs of invasive mosquitoes and ensure there are no suitable habitats.”

For further information go to: https://www.gov.uk/government/news/mosquito-treatment-in-ashford-kent