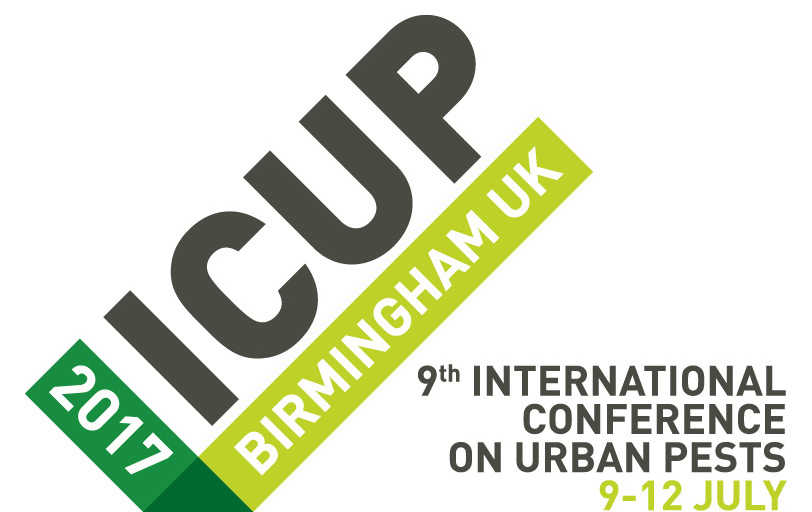 Held once every three years, the dates and details for the next International Conference on Urban Pests (ICUP) have been announced by the organisers.

The conference is, once again, being held in Europe and will take place on 9 – 12 July 2017. The venue is Conference Aston, which is based on the University of Aston campus in central Birmingham, UK.

This highly popular, non-profit, conference is the leading international forum for sharing information and ideas on the impact, biology and control of pests in the urban environment. It is attended by entomologists, pest management professionals, and academic and government scientists from around the world.

The 2017 organising team, chaired by Dr Matthew Davies from Killgerm has been working hard developing, what promises to be, another first-class programme for the 2017 conference. This will be the second time a member of Killgerm’s staff has acted as chairman. Professor Moray Anderson fulfilled this role at the second ICUP event held in 1996 in Edinburgh.

Explains the 2017 conference chairman, Dr Davies: “The conference programme will address the science and management of a wide variety of urban pests, including coverage of hygiene, structural, medical and vertebrate pests. In particular, we want to address the importance of emerging environments and how they are impacting on emerging pests that are both ‘old’ and ‘new’ to us.

“We are especially keen to see interaction between a new generation of researchers and established contributors. Of course, no event of this standing would be complete without sessions looking at the future direction for urban pest control as well as the impacts of regulatory and stewardship challenges.”

In addition to the main conference sessions, there will be break-out sessions as well as the ever popular conference dinner.

Delegate registration is expected to start in spring 2016. Details on how to offer a paper for consideration by the organising committee will be announced in early summer 2016. As before, the official language of the conference is English.

To accompany the release of the 2017 dates is the new ICUP logo. Up until now each of the ICUP conferences has had its own individual logo. As ICUP executive committee member, Clive Boase, explained: “It’s more than 20 years since the very first ICUP conference was held in Cambridge. Since then the event has developed its own identity and has come to be universally recognised as an international forum where scientists can gather, present their latest research findings and freely exchange information in an informal and purely technical environment. Both I and Dr Bill Robinson, my fellow ICUP executive committee member, felt the time had come to create an identity for ICUP itself. Our new logo is straightforward and can easily be modified for each event every three years.”

The conference website is in development and further details will be announced as events progress. The central ICUP website is www.icup.org.uk where interested parties can view all presentations from the previous conferences.