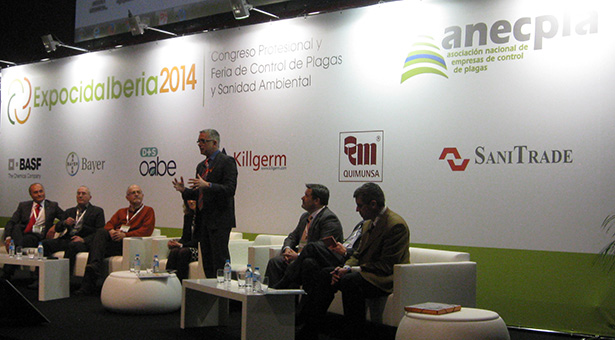 Expocida is the main Iberian pest control exhibition, held every two years and now in full swing following its launch in 2010. Held on the 27th and 28th of February in Madrid, a steady stream of visitors filled the exhibition hall over the two days. This exhibition attracts mainly visitors from Spain and Portugal and is a key event for the pest control industry in Iberia. The congress programme, which has increased since 2012 with concurrent sessions, covered new products, industry updates, and business tips. It began with a discussion about the future of the pest control industry, moderated by a Spanish TV personality, which proved very popular with delegates.