Introduction
We all think of packing insect repellent for our holiday and the most diligent of us will think of it at home in summer. How many of us think of it as part of health and safety procedures in our working environment? This is particularly important as we encounter biting insects on a regular basis. Understandably, normal working attire might be long sleeves and trousers. However, what about exposed skin – head, face, hands and neck? At the forefront of the biting insect battle should we consider insect repellent as a part of our personal protection (PPE)?

Which insect do we need to repel? 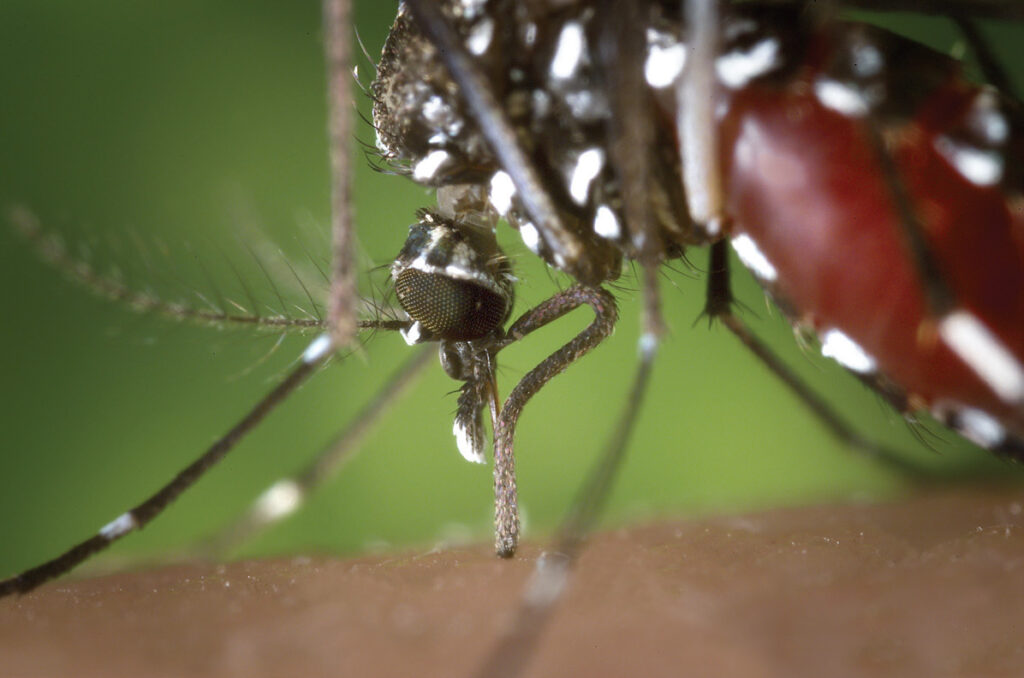 In the UK, we remain relatively low risk with the incidence of biting insects and their limited potential as disease vectors. Mosquitoes ‘bites’ can give us a nasty reaction, with transmission of deadly pathogens taking place in other parts of the globe e.g. Zika, malaria, dengue fever, yellow fever – the list goes on. Essentially, in the UK, we would be protecting against the bites themselves and not necessarily the disease-causing pathogens. We can look at other biters too, bedbugs and fleas or horseflies. Although such insects are not known to directly transmit human diseases in the UK we could consider it as part of our PPE provision, the aim being to protect any exposed skin which is not already covered by clothing or overalls. Ticks on the other hand are on the increase and therefore Lyme disease too. The higher risk areas are presently southern England and the Scottish Highlands.

A tick surveillance scheme is running in the UK, information is available about this on the government website. https://www.gov.uk/guidance/tick-surveillance-scheme

Lyme disease symptoms:
• Circular rash around the bite (although not always present)
developing up to 3 months after the bite
• a high temperature, or feeling hot and shivery
• headaches
• muscle and joint pain
• tiredness and loss of energy
• Other symptoms: (developing months or years after the bite)

These more severe symptoms may include:
• pain and swelling in joints
• nerve problems – such as pain or numbness
• heart problems
• trouble with memory or concentration

What’s available?
There are several standard active ingredients in insect repellents, such as DEET (N,N-Diethyl-meta-Toluamide or Diethyl toluamide mixed with alcohol). Varying percentages are used, but as a rule the more risk of biting insects, the higher percentage you should go for. However, from personal experience (jungle trekking and river kayaking in South America) using higher percentage DEET, it works brilliantly but has a down side – it is not very skin friendly. Concerns regarding health of DEET have been addressed in small trial research, although from the results more study is needed. The NHS website has a published concern regarding DEET and a research trial by a third party going back as far as 2009. The action of DEET inhibits cholinesterase in rats, effecting the nervous system. This effect is like that of a carbamate (such as bendiocarb). The study showed DEET and carbamate group chemicals to interact, adding to the toxicity of the carbamate and strengthening it. So, based on this, it would not be recommended to use an insect repellent which contains DEET whilst using a carbamate. 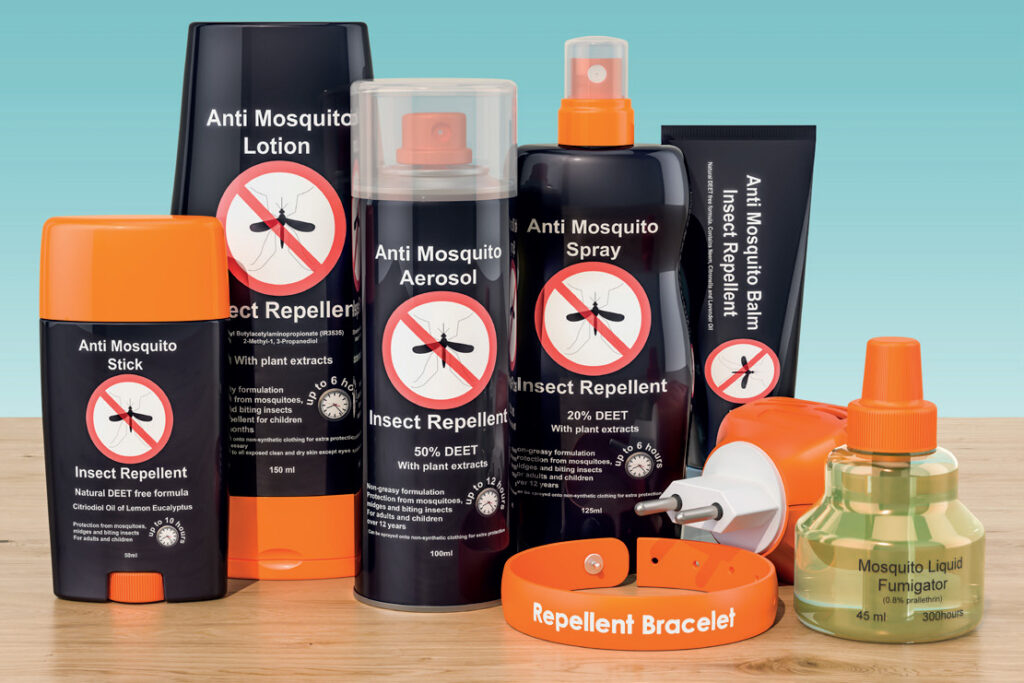 Another active ingredient used is Geraniol, (or (2E)-3,7-Dimethyl-2,6-octadien-1-ol; its chemical name). This is a substance found in several essential oils. A widely known product in the pest control industry is Prevent spray, many reviewers saying it does the job well. From a scientific perspective and chemically – it’s a tried and tested all-rounder.

“ They also showed that DEET interacts and strengthens the toxicity of carbamates, a class of insecticides also known to block acetylcholinesterase.”

Many of the insect repellents use known pesticide active ingredients. They are however used at very low levels, which means they fall outside of the Biocidal Products Regulation (BPR). Anecdotal evidence indicates reduced incidence of insect bites when using certain products vs using no products. Several essential oils crop up as insect repellents. Probably the most wildly known is Citronella. Certain products have been hailed as insect repellents although they are not labelled as such. Originally hearing about Avon’s ‘Skin So Soft Original Dry Oil Spray’ by word of mouth, statements that needed more research. Many forums, blogs and articles later and it seems that this product is well known for its insect repellent properties. All manner and a complete demographic cross section are apparently using the Avon product, ranging from the SAS to holiday makers and everyone in between.

Avon continued to say that the product contains Citronellol (clearly stated on the product label) and the quality team has confirmed that they believe it may be the aroma of the Citronellol that has the insect repellent effect. It is simply one of the fragrance components that has the insect repellent effect. It must be said it is mainly mosquitos that the chatter is all about and no other biters mentioned in detail.

Back to Health and Safety
Insect repellent is certainly worthy of consideration as an additional product that can be incorporated into our daily biting insect jobs and risk assessed. Particularly thinking around more sensitive individuals and the possible reactions to bites – you know who you are! We can’t ignore the other potential issues of secondary bite infection, cellulitis being just one. During the initial visit or call out to an infested site we may simply be wearing work clothing and easily have exposed skin. In summary, as always with health and safety prevention is key. Insect repellent – whatever its form, may just fit the bill.