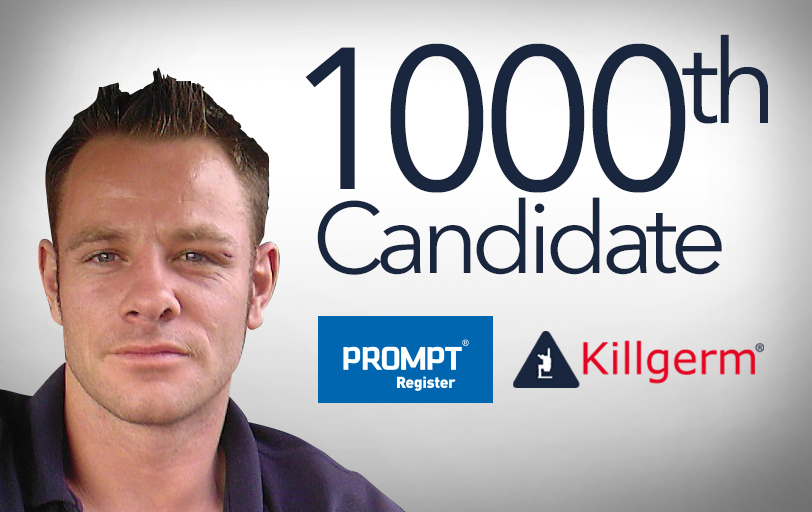 A TRAINING course set up to deliver a key qualification on the use of rodenticides has notched up a major milestone in double-quick time.

The BASIS/Killgerm Principles of Rodent Control course was launched 18 months ago in line with the requirements of the UK Rodenticide Stewardship regime.

And Les Harris, of the Enserve Group, was this week named as the 1,000th candidate to achieve certification.

The course, delivered by Killgerm, is aimed at anyone carrying out rodent pest management and its success demonstrates widespread willingness to upskill according to Stephen Jacob, chief executive of PROMPT.

He said: “The fact that 1,000 people have taken the course in just 18 months illustrates its success.

“It shows how pest technicians, farmers and others are prepared to learn during a time of stewardship and displays far-reaching commitment to comply with the new laws on the purchase and use of anticoagulant rodenticides.

“That can only be good news for the sectors in which our members work.”

The one-day classroom-based course provides a thorough understanding of rodents and their management within public health operations and contains useful advice along with practical demonstrations.

Certification acts as proof of compliance with requirements laid down by CRRU UK and leads to free associate membership of the PROMPT professional register – the vehicle for Continuing Professional Development within the pest control industry.

Les, from Leeds, has been a pest technician for less than three months after switching careers from water management.

The 43-year-old took the course in nearby Ossett and said: “I was enrolled on the course by Enserve to improve my overall knowledge.

“But the qualification also enables me to use rodenticides under the parameters of the UK stewardship regime and that will be vitally important.
“It was well-run and particularly informative – I really enjoyed it.”

Robin Moss, head of technical services at Killgerm, said: “We realised after the introduction of the CRRU Rodenticide Stewardship regime in 2015 that we needed to ensure as many people as possible had access to a qualification which enables them to purchase and apply professional use rodenticides in line with the requirements.

“We’ve worked hard with BASIS to deliver an independently-accredited certification which promotes the key values and principles of safe and effective rodent control.

“We’ve been running the course on a monthly basis throughout the UK since January, 2016 and are delighted to hear the 1,000th candidate has attained their certification.”

For further information and to find a course, visit www.basis-reg.co.uk/Exams-and-Courses