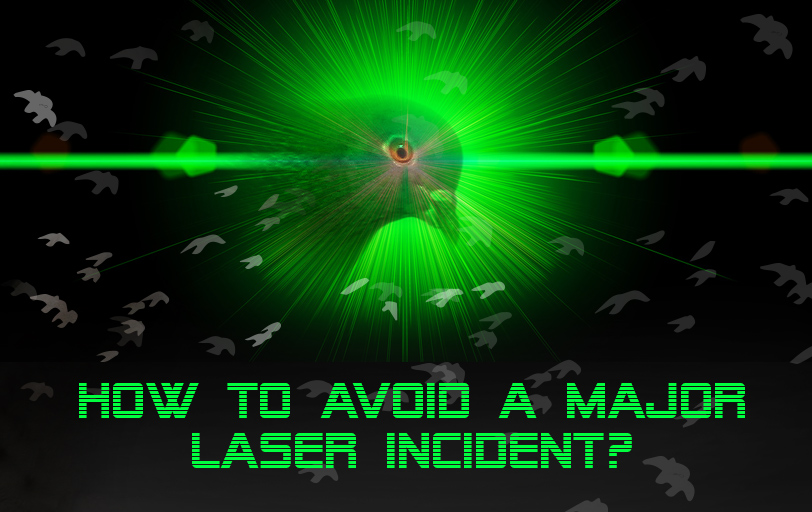 There have been many tactics used to frighten birds away, using all manner of devices, from banging dustbin lids together to use of pyrotechnics. Now the latest technology is a range of handheld laser systems which have raised interest as they can be used quietly, with minimal disturbance and attraction, provided they are handled in a professional manner.

Laser systems, if used correctly, have shown to change behaviour in some bird species when a constant programme of use is operated. A fixed system has shown to be useful in dispersing birds from flat roof areas by projecting horizontal beams of light across large areas. Smaller handheld systems, that look similar to a torch, have also proven useful for pest controllers dispersing pigeons from the inside of warehouses or to lift off gulls/corvids from landfill sites. Some models of lasers can reach distances of between 1,000m to 2,500m and this is appealing to both the pest controller and their clients.

Whilst these tools can aid our work and provide another tool in the box, should they get into the wrong hands they could be used illegally, causing possible eye damage and injury as shown recently by press reports in the UK.

A man in Hull was recently convicted of misuse by directing a green laser beam at a police helicopter pilot. He received a 20 week custodial sentence. At Heathrow Airport a Virgin Atlantic jet pilot reported being “shot in the eye” on route to New York. The jet was turned around west of Ireland after the pilot felt unwell due to the laser exposure, thus delaying the 252 passengers on board, who were then put up in a hotel for the night. It would appear that these are not rare instances; throughout the UK most airports have reported similar instances to the Civil Aviation Authority, with such reports numbering around 500 in 2015.

Since 2010 a new law has been introduced against misuse of lasers. However, incidents like this will not help the pest control industry. Whilst we value these tools as an aid to our business, calls for a ban on such equipment were quick to follow, led by the police and other safety experts. In New South Wales, Australia the state banned their use classifying them as dangerous weapons.

Perhaps, as an industry, we should consider self-regulation and adopt safety rules / best practice guidance that would satisfy any concerns regarding the use of lasers for pest control purposes.

Remember, misuse of lasers may result in you being arrested, fined or facing a custodial sentence.